The Economics of Road Safety - JNGI 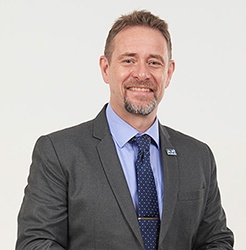 The effects of road traffic crashes are more than physical, social, and psychological.  They also have direct economic implications, such as absence from work by the victims who are recovering from serious injuries; and the death of some citizens in their most productive years, removing them from the workforce entirely.

A World Bank study in 2017, “The High Toll of Traffic Injuries: Unacceptable and Preventable,” highlighted that, “there is strong evidence that those who are killed or injured in road traffic crashes are disproportionately in their economically productive years.”

Furthermore, the World Health Organisation 2009 Global Status Report on Road Safety: Time For Action indicated road traffic injury has considerable impact on the economies of many countries, particularly low-income and middle-income countries.  It estimated that global losses due to road traffic injuries were US$518 billion and cost governments between one percent and three percent of their gross national product.

Over the past three years, road accidents in Jamaica have claimed the lives of more than 1,200 people, many of whom were members of the workforce.  The Public Safety and Traffic Enforcement Branch of the Jamaica Constabulary Force reported that 419, 440 and 389 persons perished in motor vehicle accidents in 2020, 2019 and 2018 respectively.

Dr Donald Neil, a St Catherine-based general practitioner, underscored that motor vehicle accidents contribute to loss of work time and that victims may experience serious injuries which require an extended recovery time away from work. These injuries, he stated, may result in impairment or loss of physical functions and psychological trauma that can impact cognitive functions.

“Examples of serious injuries include: a whiplash to cervical spine fracture or dislocation; spinal injuries, which can lead to limb paralysis; damage to internal organs, bone fractures, disfiguring facial injuries and burns. There are psychological injuries, such as post-traumatic stress disorder (PTSD) characterised by flashbacks, nightmares and severe anxiety,” he explained.

He further pointed out that, depending on the nature of the injury, recovery may take several months.

“Broken bones may repair in six to eight weeks; however, more serious fractures may require surgery and may take three to four months. For spinal injuries, most of the healing that will occur does so within six months, but psychological trauma can last months or years,” he stressed.

Chris Hind, General Manager of JN General Insurance, explained that road accidents are not only traumatic for victims, but they adversely affect productivity, especially for self-employed persons and small business operators.

“For the self-employed, everything stops; and, if the breadwinner for the family is incapacitated, everything is put in jeopardy, while the injured person recuperates.  In cases where a small business loses a prime asset in a road accident, such as its only delivery truck, it’s easy to see how a road crash can instantly devastate business operations,” he said.

Hind suggested that companies with fleet vehicles could mitigate against serious injuries to their employees and loss of vital transportation assets by ensuring that vehicles are in good working condition; and that designated drivers are trained in defensive driving, a service provided by the Jamaica Automobile Association (JAA).

Janice Green, National Secretary of the International Commission on Occupational Health (ICOH) for Jamaica, related that workplaces can be affected from a financial and/or human resources perspective, when employees are away from work due to injuries.

“Injuries sustained by workers from a motor vehicle accident can range from minor to major, with the latter probably leaving the injured with a reduced quality of life. From another perspective, an organisation with an established and tested succession plan may not be significantly affected when persons are away from work due to injuries,” she informed.

The Occupational and Safety expert also pointed out that, depending on the extent of the injuries, some organisations may be required to retrofit physical facilities to accommodate an employee who becomes physically challenged, but is still able to carry out his or her work functions. This retrofitting, she said, can be of a significant cost to the organisation.