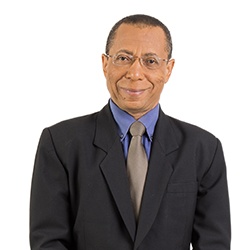 As the official hurricane season commenced on June 1, one leading insurance company, JN General Insurance Company (JNGI), is urging property owners to mitigate against financial loss by insuring their assets.

“We live in a region, which is prone to hurricanes. Although Jamaica has been fortunate to escape a major hit from a hurricane for more than 20 years, one cannot tell when our country will be adversely affected by one, which can leave extensive damage to property and loss of lives. The wise thing to do, therefore, is to ensure that your property is protected during such eventuality; as well as, other types of disasters, thereby reducing financial risk,” said Joseph Holness, assistant general manager, reinsurance and underwriting, JNGI.

Holness was speaking against the background of the prediction of the National Oceanic and Atmospheric Administration (NOAA), that this year’s hurricane activity will be ‘above normal’ and will follow the trajectory of last year’s record-shattering season, which had 30 named storms and 13 became hurricanes, including six major hurricanes which were category three and higher.

The forecast for this year is that there is a 70 per cent probability of 13 to 20 named storms, of which six to 10 will become hurricanes; and as many as five could become major hurricanes, category three or stronger. This prediction is above the 30-year (1981-2010) average of 13 named storms, seven hurricanes and three major hurricanes. Already, this year’s first subtropical storm, Anna, developed on May 22, making it the seventh consecutive year that a named storm was formed before June 1.

“A home is a significant investment, and likely to be your most expensive asset; therefore, every effort should be made to protect it from peril, whether it is a hurricane, earthquake, flood or fire. A strong hurricane, such as a category three or stronger, could easily destroy a roof. Windows can easily be shattered, or a tree could fall on your house, causing substantive damage; or your house may sustain flooding, due to increased rainfall, usually associated with hurricanes.  Damages can run into millions of dollars.  Having home insurance means that if your property is damaged during a hurricane or any other type of disaster, you will be compensated for your loss, thus enabling you to restore your property quickly,” Holness said.

As part of the company’s digitilisation strategy, JNGI is the first insurance company in Jamaica to provide an “end-to-end home insurance transaction on its website,” at www.jngijamaica.com.  Consequently, customers can obtain a quotation and/or purchase a homeowners insurance policy online, by submitting the requisite documents electronically without the need to visit a branch.  The policy documents are sent to the customer via email within minutes of the completion of the transaction.

“The fact that we are located in the Caribbean, we are susceptible to hurricanes, that’s a major factor; and I am also very nervous about fire. My house is shingled; aesthetically, it is pleasing, but it can also be dangerous if something happens,” she related.

Over the past four years, the Caribbean has had two category five hurricanes that have resulted in loss of lives, major destruction to houses and property- some beyond repair, as well as the displacement of persons. The Abaco Islands in The Bahamas were decimated by Hurricane Dorian in 2019, while Hurricane Maria, in September 2017, wreaked havoc on Dominica, St Croix, and Puerto Rico.

The hurricane season ends on November 30, though in past years, storms have developed in December.