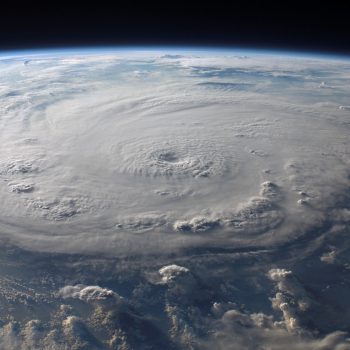 The Atlantic hurricane season runs from June 1 to November 30; however, the period from mid-August through to mid-October, is the most dangerous, states Chris Hind, general manager of JN General Insurance Company (JNGI).

The United States government’s National Oceanic and Atmospheric Administration (NOAA) points out that this eight-week period accounts for about eight out of ten tropical storms, and nearly every major hurricane. The most recent developments in the Atlantic basin support this record.

“Hurricane Florence became the first major storm of the season on Wednesday, September 5, with sustained wind speeds of 125 mph,” Mr Hind said. “It is the third hurricane of the season putting it in line with the predicted level of activity.”

The revised NOAA outlook for the 2018 season is for there to be 9-13 named storms, 4-7 hurricanes, and up to two major hurricanes. A tropical storm gets named when it has sustained surface wind of 39 to 73 miles per hour; and, is classed as a hurricane, when it has maximum sustained winds of 74 miles per hour or more.

Mr Hind pointed out that recent history of major deadly hurricanes in Jamaica, falls in line with the statistical peak of the season. He noted that Hurricane Charlie struck in 1951 on August 17; Hurricane Gilbert in 1988, struck on September 12, while Hurricane Ivan, came in 2004, on September 10.

“Although the overall hurricane season runs from June 1 to November 30, a tropical storm can form in any month of the year,” Mr Hind explained, noting that Alberto, the first storm of the season was formed on May 26, and caused death and destruction in Cuba and the United States of America. This is despite the fact that May is the month with statistically the lowest chance of tropical storm formation.

The NOAA website pointed out that tropical storms result from a combination of factors including: warm ocean temperatures, warmer air temperatures, and increasing atmospheric moisture. Weather disturbances, such as tropical waves sweeping out from Africa, can easily strengthen and become dangerous under these conditions.

“Hurricanes are a common feature of our environment in Jamaica,” Mr Hind pointed out. “It makes sense to check our surroundings for hazards, which could cause damage or injury in a storm, and also to guard against the possibility of loss.”