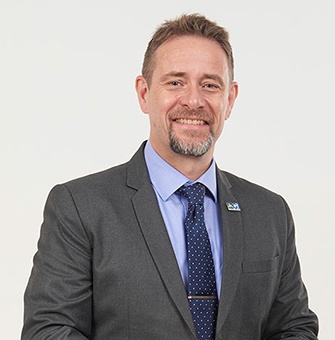 “Paying off a mortgage is a big accomplishment, and it’s something every homeowner strives to do.  However, it is also equally important to keep securing the property you have made so much sacrifice to acquire,” said Chris Hind, general manager of JN General Insurance Company.

“During the life of a mortgage, which may span 10 to 30 years, the cost of insuring the property is incorporated into the monthly mortgage payment.  If there is any damage to the property, whether by fire, natural disaster or other causes, repairs which can be extensive and expensive, have to be paid for. When a mortgage is paid off, it becomes the homeowner’s prerogative to insure the property and its contents. However, some persons take the risk of skipping home insurance, especially if they have never made a claim while they had the mortgage, and this is unwise,” Hind explained.

He further stated that fewer than 50 per cent of homes in Jamaica are insured, and that many of those that are covered are underinsured, leaving homeowners vulnerable in the event of a loss. He underscored that a home is usually an important and valuable asset, which can be used as a foundation for building wealth and passing on as a legacy to children.  He also maintained that every effort should be made to safeguard one’s home from financial loss.

“It is critical to have home insurance, because that is how you transfer the risk of a major financial setback. Your only real alternative to insurance is that you will have to restore your home from your own pocket, and most people’s pockets are not deep enough for that,” he advised.

“An earthquake, hurricane, fire or even a huge tree toppling on the house can create serious structural damage and cost millions of dollars to repair. Therefore, you can see how easily a homeowner’s life savings can be used up,” he reasoned.

The insurance leader acknowledged that, “Often homeowners end up paying off their mortgage just before retirement, and retirees who are dependent on their pension may be tempted to forgo insurance, but it’s not worth the risk.”

Hind advises retirees to have a discussion with their insurer to explore options for continuing with their home insurance, as there are many ways to pay premium over time, which cushion the shock of the annual payment.

The JNGI general manager further emphasised that homeowners should review their insurance policies annually, to ensure that the value of the property is up to date.

“Values may change due to appreciation in real estate and/or home improvement projects; and you don’t want to run the risk of under insurance, which may reduce pay out in the event of a claim due to the conditions of the average clause.”

“If a homeowner cannot afford a traditional property valuation to establish the replacement cost of the home, a report can be obtained from certain Loss Adjusters, which provide valuation services for insurance,” Hind advised.