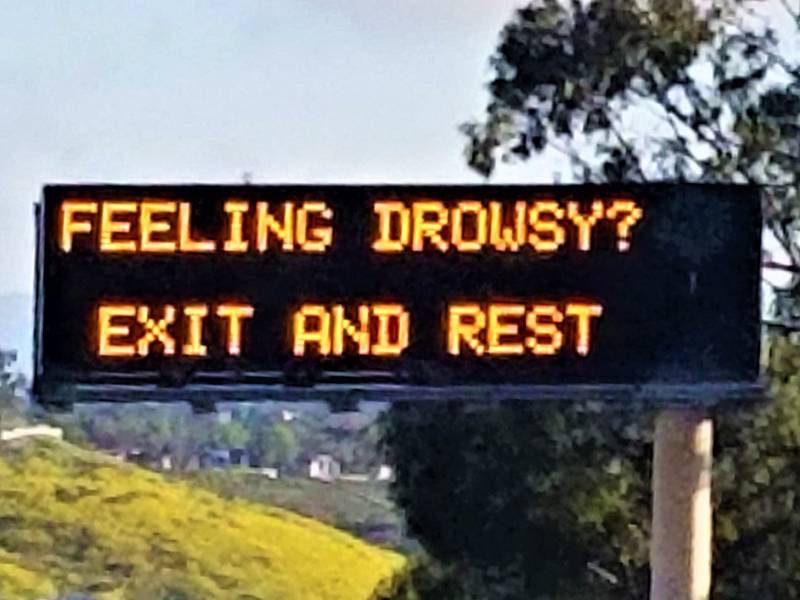 Drowsy driving is a prevalent road safety issue that places all road users at risk. It is a significant contributor to road crashes causing injuries and deaths every year.

Statistics provided by the Road Safety Unit in the Ministry of Transport and Mining showed that there were 331 crashes in Jamaica from 2010 to 2019 that resulted from drivers falling asleep. Meanwhile, the US-based National Highway Traffic Safety Administration (NHTSA) pointed out that “drowsy-driving crashes occur most frequently between midnight and 6 a.m., or in the late afternoon, often involve only a single driver (and no passengers), running off the road at a high rate of speed with no evidence of braking, and frequently occur on rural roads and highways.”

Six years ago, Ricardo*, a resident of St. Catherine, almost lost his life after falling asleep at the wheel. He had only an hour and a half of sleep when he left home in the wee hours of the morning to take someone home.  On his return home, sometime after 5 a.m., he dosed off and drifted on to the soft shoulder.  Regaining his composure, he continued driving.

“Like a minute later, I fell asleep again. The car was going off again on the soft shoulder. I jumped up and panicked. Instead of pressing the brake, I pressed gas.  I was heading into a building; [so] I swerved, all this time [I am] pressing gas,” he related, adding that the car flipped on the side then hit into the perimeter wall of his gated community.

Though the car was totalled, he only sustained minor bruises on his arms. Since the crash, he has been intentional about exercising greater care on the road.

“If I’m working long hours, I get someone to carry me around,” he said.

“Drowsiness, light-headedness and reduced alertness can be caused by various medications including benzodiazepines used for anxiety and sleep, antipsychotics, certain antidepressants and even over the counter medications like antihistamines. Narcotic pain medication like codeine and morphine can also cause drowsiness and cognitive impairment.”

Andrea Gordon-Martin, assistant general manager-Operations, JN General Insurance Company, pointed out that persons who are at greater risk of drowsy driving include people who are sleep deprived, persons who work long shifts or night shifts, persons taking medication or are under the influence of illegal drugs or alcohol.

“There are legal implications which can be quite costly to you, if persons become injured or die as a result of you causing a collision under these circumstances.  If you are feeling drowsy, pull over at a safe area, such as a rest stop, and take a nap.  Otherwise, call someone on the phone and start a conversation. Don’t be tempted to continue driving because you are near home,” Mrs Gordon Martin cautioned.

How to keep alert and avoid fatigue

“Too many lives are lost on our streets each year. Only by using the road responsibly can we significantly reduce the number of fatalities,” said Mrs Gordon-Martin.