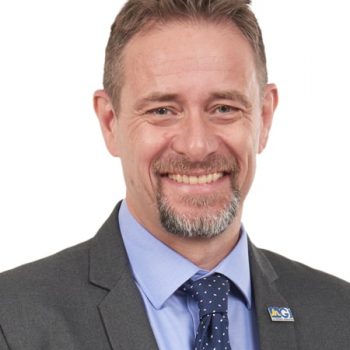 General Manager of JN General Insurance Company, Mr. Hind says Jamaica needs to benchmark itself against the safest countries in the world, to cut its road fatalities.

He pointed out that Jamaica could learn from the example of countries which had already made substantial progress on that path.

Quoting data from the World Health Organization, he added that the people of Finland use their roads the best with only four deaths, per 100,000 vehicles, making Finnish road users more than 15 times safer than their Jamaican counterparts.

“We must push to benchmark ourselves against world class standards,” Mr. Hind stated. “When it comes to safe use of our roads, theirs are the standards we must aspire to.”

He said JNGI had consistently promoted road safety such as through its Crash Hotspot initiative, the publishing of Jamaica’s On-line Fatal Crash Map, and its contribution to the Jamaica Constabulary Force’s Road Safety Hub. On that basis he said he supported the ambitious target set by the NRSC in May.

Dr. Lucien Jones, NRSC vice-chairman, said disclosed last month that the organization was adopting the goal of achieving zero road deaths by 2050 to boost its road safety efforts. Jamaica has been battling to achieve its present target of keeping road deaths below 300 per year, launched by the NRSC in 2008.

“It is our intention… to join with developed countries, which are now moving towards the goal of zero road deaths,” Dr. Jones said. “It is ambitious, but it can happen.”

Dr. Jones was speaking at a road safety lecture by visiting professors Andrea Gielen and Keshia Pollack, from the Johns Hopkins Bloomberg School of Public Health, who discussed the programme in the United States of America, which was aiming to achieve zero road deaths in that country.

Discussing the ‘Imperative of Road Safety as a National Priority’, the visiting professors were speaking at the Faculty of Medical Sciences Complex, The University of the West Indies (UWI), Mona on May 3.

Professor Polack explained the importance of promoting road safety and pointed out that, on average, “about three percent of a country’s gross domestic product is devoted to road traffic crashes.”

“Countries, such as Sweden, have already made substantial progress in minimizing road fatalities, by adopting a Safe Systems approach to road crashes,” she said.

Based on the road safety efforts of the Netherlands and Sweden, the Safe System approach shifts the focus solely from crash reduction to the elimination of death and serious injury through crashes.

“These changes are targeted to cut the 40,000 annual road deaths in the USA in half by 2030, and to zero by 2050,” professor Polack declared. “Jamaica is now starting to become more active in adopting these principles.”

Professor Gielen pointed out that government leadership, with sustained commitment to research and surveillance, public support and advocacy, were needed to slash road deaths.

“We have to think about multiple comprehensive approaches to prevention and treatment to get those deaths down,” Professor Gielen declared. “This also includes improved engineering of roads and vehicles, and effective law enforcement, backed up by public education.”

The researcher further stated, “We have been conducting research in Jamaica in our collaboration with the National Road Safety Council, in a project aimed to reduce road fatalities in the island to zero,” and indicated that, “This will be carried out during the next nine months.”