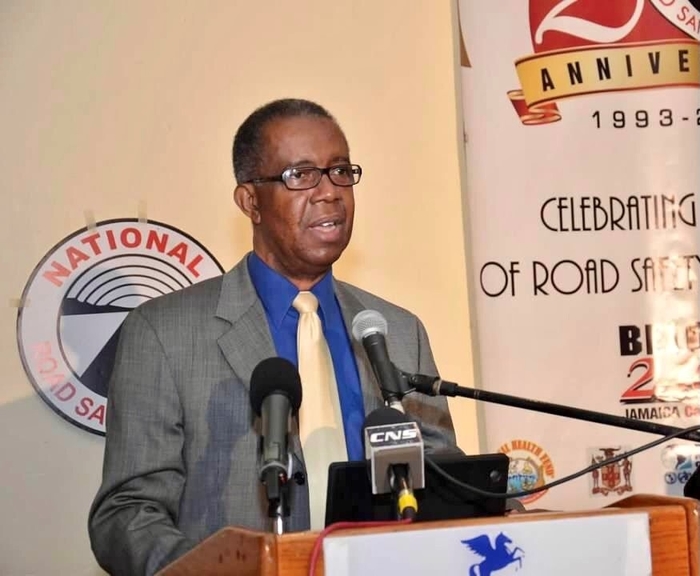 Staunch road safety advocate and chairman of the National Road Safety Council, Dr Lucien Jones, is calling for the House of Representatives to hasten the debate of the accompanying regulations for the new Road Traffic Act so that the Act can be implemented.

The Act, which was approved in 2018, has been repeatedly stalled pending the debate of the regulations.

“It’s taking too long. More people are going to die because we don’t have an effective ticketing system and all of that depends on getting a new Road Traffic Act,” Dr Jones lamented.

Statistics provided by the Public Safety and Traffic Enforcement Branch of the Jamaica Constabulary Force shows that 111 persons lost their lives up to March 25. Each year, an average of 400 persons perish on the road.

“What is being recommended across the world now by the World Health Organization, as a policy tool, is the safe systems approach to road safety. In this safe system, there are five elements: safe roads, safe space, safe road users, safe vehicles and efficient post-crash system.  In that context, the important role that the Road Traffic Act will play is providing for safe road users,” Dr Jones pointed out.

He emphasised that the implementation of the Road Traffic Act will allow for the use of cameras to detect red light and speeding infractions, the restart of the demerit point system and the introduction of an efficient ticketing system.

“Right now we have cameras that are being used for surveillance, but they cannot be used as evidence until the Road Traffic Act is passed,” he related.

Dr Jones said that once the regulations are passed, a number of systems will have to be put in place for the smooth implementation of the Act.

“The Ministry of Transport has some back-end work to do and the Ministry of National Security, to whom the police report, will have to improve their efficiencies so that more police are available to enforce [and that there are] more radar guns, more cameras etcetera. Those are all part of the preparation and, of course, both agencies will have to undertake a massive public education drive.”

“It is a step in the right direction to create safer roads.  The more stringent penalties should encourage motorists to be more intentional about using the road responsibly. For years, road safety has been a continuing issue in Jamaica. Too many lives are lost on the roads,” the insurer said.

“Some persons think the fines are too harsh, but it’s a matter of choice for every one of us. By adhering to the law and driving carefully, the fines will be taken out of the equation, likewise, death and terrible life-changing injuries.”

Among the fines outlined in the Act for motorists found in breach are: $25,000 for careless driving where collision occurs; $24,000 for failing to obey a traffic light; $5,000 for not wearing a protective helmet; and $12,000 for failing to stop at pedestrian crossings. Furthermore, the use of hand-held electronic communication devices while driving will attract a $10,000 fine, while driving a motor vehicle on a road without being the holder of a permit or driver’s licence will result in a $40,000 fine.

Over the years, JNGI has embarked on a number of road safety initiatives including supporting the establishment of a state-of-the-art Road Safety Management Facility and Community Resource Centre, within the Traffic and Highway Division of the Jamaica Constabulary Force, which provides real-time road crash and network data by the Mona Geoinformatics Institute.  The company also erected warning signs at 25 crash hotspots across the country indicating where motorists are most at risk.