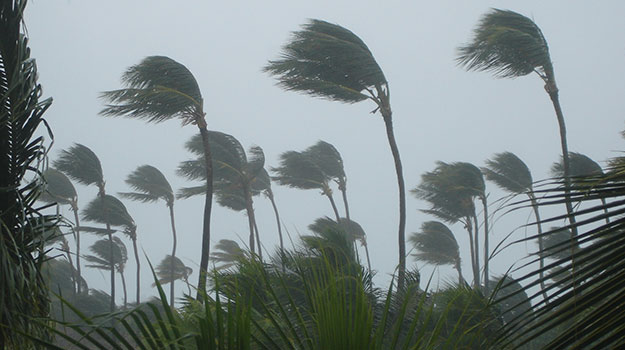 As Jamaica approaches the highpoint of the hurricane season during September, a few pointers can help to highlight some aspects of the most frequent natural hazard in the Caribbean, says Chris Hind, general manager of JN General Insurance Company (JNGI).

During the lifetime of the average Jamaican, the country will experience numerous tropical storms and about seven direct hits from a hurricane, Mr Hind stated. Over the years, the loss of life this causes has been reduced with better preparation, however the bill for property loss continues to climb.

“It makes sense to take the time to understand some hurricane basics,” the insurer said. “This will help to keep us grounded, the next time a storm approaches.”

Below are Some Key Hurricane Concepts.

Strong Right Wind: In general, the strongest winds in a hurricane are found on the right side, because the motion of the hurricane also contributes to its counterclockwise swirling winds.

Size Is Not All:  Hurricanes differ in size, shape and strength; therefore, a low category storm can inflict major damage depending on its speed, accompanying rainfall and the terrain it is passing over. The spiral bands of a hurricane are where you find the heaviest rain, strongest winds and continuous lightning.

Be Water Wary: Storm surges are deadly and may cause enormous property damage; but many people also die in inland freshwater flooding, as they underestimate the power of moving water. Valleys can flood quickly and much of Jamaica’s hilly terrain is subject to landslides.

Move Strategically: Do some research prior to selecting your new home. The Mona Geoinformatics Institute has developed a Natural Hazards Locator System, which can help you to scientifically quantify your risks. Place names are sometimes a dead giveaway about the hazards of a location; and you might also try an internet search, adding terms, such as: ‘flood,’ ‘hurricane,’ or ‘earthquake,’ to learn the history of an area.

Watch the Cone: You should focus on the cone of probability of a hurricane’s path and impact rather than the ‘skinny black line’ showing its expected track, which uses historical data to interpret a dynamic interaction of systems.

Weather predictions are made within margins of error, so look at the big picture in terms of where a storm is headed.